Woodes - Run For It 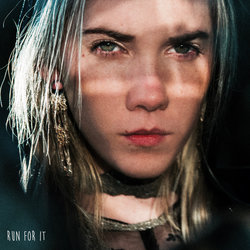 Woodes breakthrough single 'The Thaw' has been added to rotation on Australian radio - triple j, triple j unearthed, FBi Radio and various US college stations and has received a mass of online praise from taste makers including Indie Shuffle, Rolling Stone, Pigeons and Planes and US actress Emma Roberts - who recently tweeted the track to her 3.8 million followers. As well as being profiled heavily across Spotify, 'The Thaw' was included in various Australian and Scandinavian playlists including The Indie Mixtape, New Music Norway, New Music Deutschland and Spotify Finland. 'The Thaw' debuted at #12 on the iTunes Norway Alternative Chart and hit #20 on the iTunes Spain Alternative Chart. The track also landed Woodes a coveted feature in Pigeons and Planes.

In September Woodes released her debut self titled EP to much praise, featured on Rolling Stone, Indie Shuffle and Acid Stag, the EP debuted in the top 20 iTunes alternative charts in 7 countries including at #1 in Singapore Alternative Album charts as well as featuring in the Spanish and Columbia Spotify Viral Charts. The EP has also ticked over 2 million streams online.


Woodes releases her new single 'Run For It', a track which takes no prisoners and makes no apologies.

Woodes is a fiercely independent artist who has held off label interest to release her music in her own way and again, flexed her technical prowess, co-producing 'Run For It' herself.