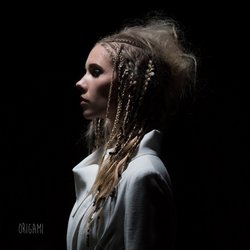 2017 saw Woodes release acclaimed singles 'Run For It' and 'Dots' both of which were added to high rotation on triple j and widely praised by media gaining Woodes the coveted UK Metro feature as well as being featured by Rolling Stone, Pilerats and many more. Her recent collaborative track with Set Mo 'I Belong Here' was also added to full rotation on triple j, landing her two spots in the top #10 played tracks on triple j and cracked over 5 million streams on Spotify. Woodes released her debut self titled EP to much praise in 2016, debuting in the top 20 iTunes charts in 7 countries including at #1 in Singapore Alternative Album charts as well as ticking over 4.5 million streams online.

Woodes will be sharing her new 7 track EP 'Golden Hour' for the first time as she heads around the country in support of the release, hitting Sydney, Melbourne and Brisbane joined by Seavera(all dates), Eilish Gilligan(Sydney, Brisbane) and Hemm(Melbourne).


Woodes drew inspiration from her experiences in Japan when creating 'Origami'. The bubbly, euphoric track was co-written with local songwriter Thief and Jussi Ilmari while on a songwriting camp in Bali with additional production by Elkkle. Simon Lam from Kllo and Nearly Oratorio worked across the mixing and Grammy nominated Andrei Eremin mastered the new single.