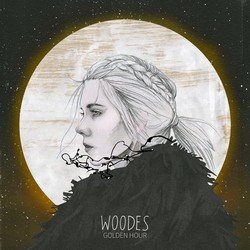 Woodes is the moniker for the 24-year-old Melbourne based producer, singer and songwriter, Elle Graham, whose quick ascension into the limelight has caused many a head to turn.

Woodes breakthrough single 'The Thaw' was added to high rotation on Australian radio - triple j, triple j unearthed, FBi Radio and various community radio and has received a mass of online praise from taste makers including Indie Shuffle, Rolling Stone, Pigeons and Planes and US actress Emma Roberts - who tweeted the track to her 3.8 million followers. Her follow up single 'Rise' was a huge fan favourite online, ticking over 2.1 million streams on Spotify alone. The EP has ticked over 4.5 million streams online.

2017 saw Woodes release acclaimed singles 'Run For It' and 'Dots' both of which were added to high rotation on triple j and widely praised by media gaining Woodes the coveted UK Metro feature as well as being featured by Rolling Stone, Pilerats and many more. Her recent collaborative track with Set Mo 'I Belong Here' was also added to full rotation on triple j, landing her two spots in the top #10 played tracks on triple j and cracked over 5 million streams on Spotify.


Today sharing an additional four tracks; 'Hunger', 'Northern Lights', 'Higher' and 'Still So Young', the EP is a showcase of the young songwriters prowess, with each track encapsulating a different message from Woodes.

Other tracks by Woodes: Hunger  -  Higher
%