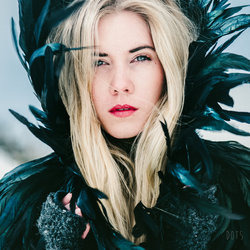 Acclaimed Melbourne based artist Woodes has released a new single 'Dots'; an anthemic track highlighting why Woodes is one of the most exciting names in Australian indie music.

‘Dots’ is the second single from Woodes since her acclaimed debut self titled EP was released last year. Clocking in over 4.5 million streams to date and featuring in Pigeons & Planes, Indie Shuffle and Rolling Stone, her EP also debuted in the top 20 iTunes charts in 7 countries including at #1 in Singapore Alternative Album charts as well as charting in the Spotify Columbia and Spain Viral Charts.