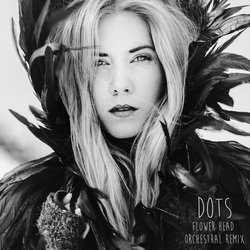 Woodes released her debut self titled EP to much praise in 2016, the EP debuted in the top 20 iTunes charts in 7 countries including at #1 in Singapore Alternative Album charts. The EP has ticked over 5 million streams online.

In 2017 Woodes released acclaimed singles 'Run For It' and 'Dots' both of which were added to high rotation on triple j and widely praised by media gaining Woodes the coveted UK Metro feature as well as being featured by Rolling Stone, Pilerats and more. Her recent collaborative track with Set Mo 'I Belong Here' was also added to full rotation on triple j, landing her two spots in the top #10 played tracks on triple j and cracked over 8.5 million streams on Spotify. Woodes released her sophomore EP Golden Hour in early 2018 and was asked to perform for the coveted triple j Like A Version in March 2018, putting a Woodes spin on Vance Joy’s ‘Lay It On Me’.

Woodes was recently asked to support Asgeir and BØRNS on their Australian tours and joined fellow Victorians City Calm Down on their national tour in June as well as performing at Splendour in the Grass in July.


She's one of the most exciting names in Australian indie music, Woodes today sharing an orchestral remix by Melbourne producer Flower Head of her acclaimed hit 'Dots', coinciding with the one year anniversary of the tracks release.