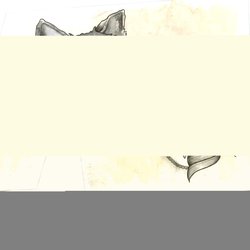 Wolves of Rain is the brain child of talented song writer Wolf-Arrow Rain.
This particular musical project began in January 2012 and
consists of- Wolf-Arrow on guitar and vocals. Mathew Finlayson on bass.David Elliston on Keys, Mandolin, Accordion and Glockenspiel Kathryn Dimond on Drums.

This current set of songs were influenced by Miss Rain's tango with spinal fusion. During which period she travelled into dream like places, some of them healing, some of them nightmarish.

All works are written by Wolf-Arrow Rain and influenced by Progressive rock of the 1970's, traditional songs and folk tales from various countries. The music itself has quite a retro sound, while still maintaining a modern edge. It's very dramatic and emotive. Each song is a story and some songs are fairy tales. Dark it may be at times, but...every cloud has a silver lining.

The band is currently touring in promotion of their self titled E.P 'Wolves Of Rain', which was released on the 3rd of November 2012 and is available for download on iTunes, Bandcamp and CD Baby.
Limited edition hard copies can be purchased at shows or ordered by contacting the band through their Bandcamp website.


This is song is about the authors dog,'Woozel'. Woozel is a very wild creature, elusive, tricksy, loves to kill other peoples pets and disappear into
near by bushland in search of prey. Much like Jack London;s character "Buck" in his book "Call of The Wild".

Other tracks by Wolves Of Rain: Sleepy Love Town  -  Mamochka
%