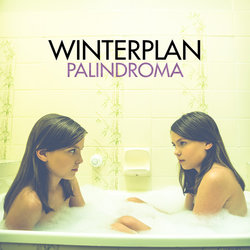 Conceived by frontman Dave Tran and best mate Julia Boyle after a period living in the icy tundra of a Swedish winter, Winterplan are an electronic four-piece band based in Melbourne, Australia.

"You can hear the eeriness of Austra and the new wave nostalgia of Ladytron in their sound, along with a touch of the current Nordic scene - but none of these influences overwhelm Winterplan's unique identity" - Indie Shuffle, 2015

Winterplan’s increasingly euphoric live experience has been backed up with the release of Palindroma and Eyes In The Dark, singles from the debut album, Fight/Flight (out now).

They are playing 2015 East Coast shows in support of Fight/Flight: