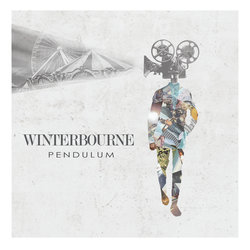 It’s been two years since Winterbourne released their debut EP, All But the Sun, an earthy, intimate shot of neo-folk that peaked at Number Nine on the iTunes Album Charts and landed the duo a spot on nme.com with lead single “Cold”. And now James Draper and Jordan Brady return with new single Shape.

Shape is the lead single from #23 ARIA debut EP, Pendulum, and casts the band’s familiar harmonies against a driving, urgent backbeat. The EP also reached #8 on the iTunes Album and #2 on the Alternative chart.

Where All But the Sun tipped its hat to the modern folk of bands like Boy & Bear and Mumford & Sons, evoking the spirit of Simon & Garfunkel, Pendulum takes Draper and Brady in a different direction altogether, with their love of the Beatles filtering through a kaleidoscope of modern influences to create something at once familiar and fresh.

Winterbourne's incessant touring and festival appearances have seen the guys build a loyal following across the country and a reputation as a live act renowned for their energetic performance, unique chemistry and beautiful harmonies. It’s no wonder Patrick James, Little May and The Rubens have invited them on tour.


New single But I Do is a stomping, psychedelic rock & roll track.
“But I Do is essentially based on a relationship between two people who have a history of some kind, and the way in which people's perspectives change the way things are felt and observed.”