Will Stoker & The Embers - The King 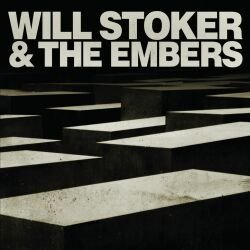 Perth band Will Stoker and The Embers burst onto the Australian music scene in 2007 after winning the Australian National Campus Battle of the Bands competition. Since then the 5 - piece have been gaining fans on both sides of the continent drawn to Stoker’s magnetic stage persona and the impressive collective musicianship of The Embers. For the uninitiated, Will Stoker & The Embers seek out and embrace the darker elements of rock, blues and dusty stripper jazz, veering wildly from seething rage, to tender bar room balladry and all stops in between. On April 16th 2010 they release their self-titled debut album through Shock Entertainment. Recorded at Underground Studios in Perth with local producer Adam Round, the resulting release captures the urgent live essence and excitement the band have become renowned for and documents the rapid progression toward musical maturity the 5-piece have experienced since the release of their 5 Beds For Bitsy EP in 2008. Will Stoker & The Embers have now developed into an outfit fully aware of their capabilities, producing a debut record that displays the song craft, musicianship and originality that marks them as an exciting new prospect on the Australian musical horizon.


First single: The King, a manic 3 minutes capturing all the elements that make up this band’s unique sound. Unhinged verses, a melancholic memorable chorus and a completely off the wall phased out solo make The King stand out as the lead track from a debut album filled with highlights.


Other tracks by Will Stoker & The Embers: Bower Bird Blues
%