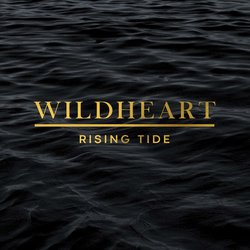 The band debuted in 2015 with their self produced EP 'A Thousand Days' and slowly carved themselves a place as a heavy, emotional outfit that demands the attention of punters through their relentless live performance.

Wildheart's Depression. Oppression. Anxiety. track dealt with issues of racism and bigotry and saw a shift towards more worldly themes rather than introspective. August 31, 2018 brought the release of 'We Are', an EP that peaked at #2 on the iTunes Metal charts and #39 on the overall iTunes charts. The leading single of the same name premiered on Killyourstereo and was cited as a "fresher, larger re-introduction to the sound and intent", cracking #6 on the Triple J Unearthed Metal chart and #3 on the Indigenous chart to rave reviews from curators.


"Rising Tide" is about the invasion of the Indigenous people of Australia. The single talks about those that have had their homes, children and rights taken away, the continuous mistreatment by government and law, the growing number of incarcerations and Aboriginal deaths, and the ongoing racist rhetoric that has plagued the first nations people.