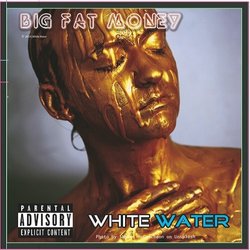 White Water formed in 2016, and have extensively toured the north coast of NSW bringing their Aussie rock sound to the local pub scene. If you love a classic rock sound, with a contemporary twist, you will love White Water. The five-piece outfit features powerful vocals and layered harmonies, backed with quality musicianship. The band members have “crossed a few dry gullies” in a lifelong journey developing their musical craft, both here in Australia and oversea.

The band wrote and recorded their first EP album War God in 2017 while touring the “Fish out of water” show. A second EP album called Stripped Bare released in 2018, and the bands 3rd EP “big fat money” was released in August 2019.

The band members have a deep passion for song writing, and the new songs just continue to flow out from the rehearsal studios.


The title track of the EP is glorious punk, strongly opposing the top end of town's trickle down theory. A clever, quirky tune sure to see fat cats and bankers slinking to the darkest corner of the venue and considering abandoning their misguided political aspirations. The songs feature at times almost spooky female vocals that add a mysterious element.