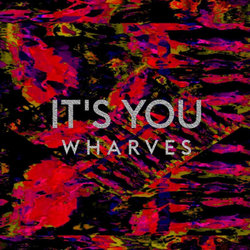 The northern rivers... It’s notoriously a place where forces come together to form new exciting concoctions; be it the hippie movement of the 60s, the surf culture that followed or the dodgy dealers that now roam the streets of Nimbin.

This area is exactly where the four members from Wharves met in early 2015 and instantly felt the force of creating music upon them. Like their surroundings, their music is inspired by the constant clashing between future cultures vs the former, resulting in gritty dance-worthy rock 'n' roll.

Sharing the stage with the likes of The Delta Riggs, Bugs and Bad Pony, Wharves are bringing their thrilling live show up and down the East Coast leaving their name on audiences' lips and their hooks in their heads.


Straight out of the gate It's You doesn't hold back. With it's punchy beat and driving guitars enjoy a journey with the song as it flows seamlessly through sections guided by powerful vocals. It's You will awe you with it's sounds and effects to make a really slick sounding track.