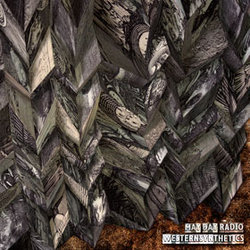 “Westernsynthetics can do no wrong.”
Resident Advisor

“It’s clear his sound is among the country’s most original.”
Cyclic Defrost

“There’s some seriously crisp production at play here across each of the tracks. Lush stuff.”
Street Press Australia

Fusing his unique blend of acid, dub, techno and psychedelia, Westernsynthetics draws from vast pallet of electronic soundscapes, live instrumentation as well as the subversive imagery he projects through his lyrics. With help on vocals from Charles Smith and Florida MC Werd2jah, Westernsynthetics provides his own brooding insight into the struggles of capitalist society.

Lead single ‘The Machine’ summons the sadness that lingers in the dark corners of the urban jungle – surviving among the madness, while also yearning to be born again. It’s a mission statement that extends across ‘May Day Radio’. The result, one of those rare dance albums that carries an appeal stretching beyond the scene from where it originated. Highly meditative in its nature, the pressure builds and releases across ‘May Day Radio’. An album that keeps on giving after many listens.


Westernsynthetics draws from a vast pallet of soundscapes, live instrumentation and subversive imagery. Featuring vocals from Charles Smith, it straddles the realms of deep minimalist dubstep, techno and psychedelia with a revolutionary outlook. Sampling Mario Savio’s free speech movement at Berkley University in 1965, it’s a universal call to action.