We All Want To - Road To Ruin - Internet Download 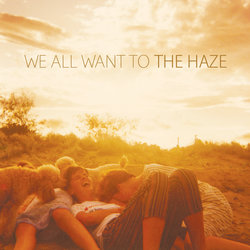 We All Want To is the brainchild of legendary Brisbane songwriter and Screamfeeder guitarist Tim Steward. With core members Dan McNaulty and Skye Staniford as well as a revolving door of other musical collaborators they’ve become a kind of sweet-yet-scuzzy, indie-rock super-group influenced by bands like Broken Social Scene, The Kinks and The Go-Betweens that feels oddly familiar, yet completely fresh and organic in their sound.

Set for release on May 8, We All Want To’s forthcoming album will see a new and at once more powerful and more refined side to the band’s music. While the release of their self-titled record in 2010 and 2012’s follow up Come Up Invisible were both met with critical acclaim in Australia and the US, including praise from college radio, The Haze takes on a more evocative, compelling and urgent sound, as the band progress further as both performers and songwriters.

With previous producer Darek Mudge and the addition of Wayne Connolly (Josh Pike, You Am I, Youth Group) the band has realised a decade of exploratory songwriting and chronicling 21st century life in Brisbane. The album is a collection of concise, literate and intelligent songs, full of meaning and deliberate imagery.


“It’s about the heart-stopping power of those half-imagined recollections you have of teenage summers,” said Tim Steward.

“It’s escapism, built around a rose-coloured glasses version of a past that may not even have happened."