Amrap's AirIt | Australian Music Radio Airplay Project :: Pop :: We All Want To - Ramp Up The Bleeding

We All Want To - Ramp Up The Bleeding 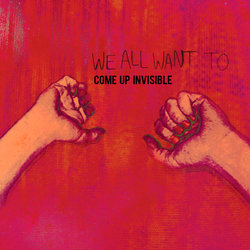 Formed in 2009 by Screamfeeder's Tim Steward, We All Want To boasts members from some of Brisbane's most-loved indie bands.

Their self-titled 2010 debut announced them as a singularly compelling act, capable of making the kind of albums that you love more and more as time goes by, full of beguiling radio rock anthems and with more hooks than a bait-and-tackle shop.

In the vein of Richard & Linda Thompson, or perhaps The New Pornographers, the voices of Tim Steward and Skye Staniford soar and then mesh perfectly, underpinned by a sympathetic rhythm section and embellished with multi-instrumental melodic detail.

WE ALL WANT TO spent several months in late 2011 barricaded in the studio, armed with bouzoukis, tambourines, xylophones and an omnichord, but most importantly an army of electric guitars, loud amps and fuzz pedals. The results of these efforts – on the new album Come Up Invisible – are a revelation; songs that are intricately arranged, acutely observed, slyly humourous and unforgettably engaging. Simple enough on the outside but deceptively complex under the surface, these new tracks bear startling evidence of the supreme songcraft that sets them apart from just about anyone else.

Come Up Invisible, out August 27.


Blissfully fuzzy guitars and sweet harmonies deliver We All Want To Tim Steward's message: "'Ramp Up The Bleeding' is about the simple idea of trying to live by your own standards and not give a shit about what other people think or do."