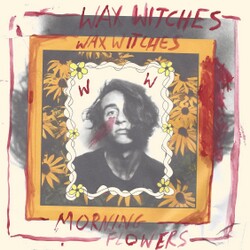 
"Morning Flowers" is the second taste of Wax Witches' third album "Memory Painting". A jangly dream-pop love-letter, Alex says "This song was inspired by when I had a girlfriend ... I wanted to make it sound like the feeling of waking up on a nice sunny weekend next to someone."