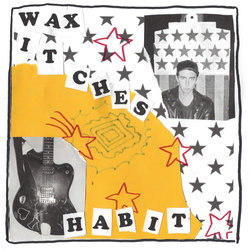 
"Habit" is the first taste of Wax Witches' third album "Memory Painting". Its tearaway energy owes its rush to Wall's surroundings of his adopted home base of Brooklyn - as he explains, "It's got this dark grimy sound and is short and fast and sexy, kinda like New York".