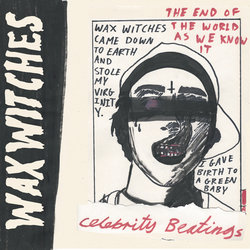 
"Everytime I Try" is off the debut album by Wax Witches, the solo project of Bleeding Knees Club frontman Alex Wall. Purple Sneakers said "Drenched in reverb and spiralled vocals, Wall sounds as though he's playing Singstar in space."