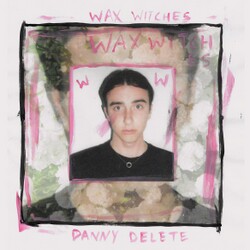 
"Danny Delete" is the latest taste of Wax Witches' third album "Memory Painting". A brash shoegaze excursion by way of a fictional bad seed fable, Alex says "It's a story about a young guy getting a girl pregnant and not taking responsibility for it. Karma gets the best of him."