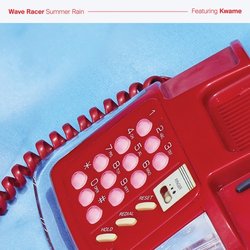 Wave Racer, a 64-bit freak speeding through the horizon, straight for the unknown. Purcell’s blend of pixelated funk zooms, trans-continental club sounds and gold plated production standards blows everyone straight out of the water.

With the release of his 2015 Flash Drive EP saw Purcell winning ‘Best Producer’ for the FBi SMAC awards, and alongside breakout hit singles ‘Streamers’ and ‘Rock U' fast became one of the most rotated artists on Australia’s triple j and a regular fixture on international stations BBC1 and KCRW.

Backing his personal productions, Wavey has given his glistening aquatic remix treatment to a cascade of tracks before re-releasing them into the wild. Flight Facilities, Duke Dumont, Foster The People and Flume are only the start of a long list of artists Purcell has rubbed exactly the right way.

Wave Racer’s sound is often (and best) described as driving down Mario Kart’s Rainbow Road to the club of your dreams. Melding vocal samples, synthesised trumpets and bass guitar slaps with his sunrise-styled melodies, Purcell gained early attention from the likes of Diplo, Snakehips, Madeon and Skrillex.