Watling & Bates - The Train Was Leaving 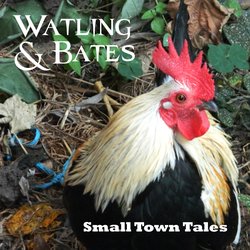 Kym Watling & Geoffrey Bates are songwriters from the Unumgar NSW.

After 16 years together, they have a suitcase full of stories of small towns, long highways, soft hearts, and troubles left behind.

Fiddle, banjo, and guitar kick up dust on a country road in full skirt, straw hat, and sturdy boots.


A song about calling it quits, grabbing your gear and moving on, with an eye to life's next adventure. The Train Was Leaving features Marcus Schintler on drums, Christopher Ridgway on mandolin, and producer Thor Phillips on electric guitar, bass, and keyboards.

Other tracks by Watling & Bates: Barry and Adrienne  -  Minus Three