Watling & Bates - In The Dead of Night 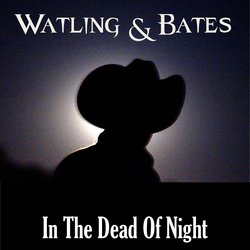 Watling & Bates are songwriters from Unumgar, on the western edge of the Northern Rivers of NSW. Fiddle, banjo, and guitar provide a backdrop for their tales, which recount local history, simple joys, or the complexities of a trouble mind. Their songs move like a will-o-the-wisp between Australiana and Americana, Gothic country and dark folk, hillbilly and honkytonk.

Watling & Bates play a diverse range of venues, including festivals, art galleries, theatres, and country halls. They are official buskers in Brisbane’s Queen Street Mall. Their career highlight was their role house-band in an 2016 Opera Queensland production, in which they performed an original work. In 2018 they headlined the Whistle-Stop Shindig, a small hall community arts tour culminating at a performance at the Moncrieff Entertainment Centre.

Watling & Bates are members of the Kyogle Country Music Club, the Australian Songwriters Association, and the bluegrass and old time music community. They have their own independent record label and video production house. Their critically acclaimed 2018 ‘Small Town Tales’ album, produced by Thor Phillips, followed their 2014 debut EP ‘Before I Met You’. They have released five radio singles, and received three semi-final nominations in the 2018/19 Tamworth Songwriters Association Salute Awards.


‘In The Dead of Night’ emerged from the mists of the McPherson Ranges, reviving mysterious tales from the 1860s. Written by Geoffrey Bates, the song emerged as it from a dream. It was not until the discovery of some archival news articles that the song’s meaning and story became clear.