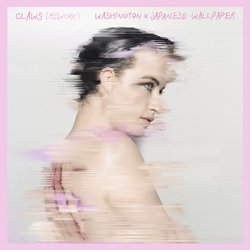 The rework took place when Japanese Wallpaper asked WASHINGTON to sing BV’s on his latest single and in return, would do a rework on the track. They both loved the new version and decided to do a radio mix with producer, Dave Hammer. Last week at Melbourne’s Fashion Festival, WASHINGTON performed the rework live for the first time.

WASHINGTON has been keeping herself busy this year with an array of activities such as performing with Japanese Wallpaper for the Lily Allen support, surprise performance to elated fans at Mountain Goat Valley Festival in Brisbane, BV’s for Flint Eastwood’s triple J LAV, VAMFF (Melbourne Fashion Festival) launching Claws rework, hosting MusicNSW “Socials” event, hitting #1 on Apple Podcasts with commentary on RuPaul’s Drag Race, completed a sold out headline performance at Adelaide Festival, and now has announced that she will be doing a one-off single launch at Sydney’s Golden Age on April 26th.


The rework took place when Japanese Wallpaper asked WASHINGTON to sing BV’s on his latest single and in return, would do a rework on the track. The delicate but triumphant indie-pop song 'Claws' explores sex and intimacy from the female perspective.