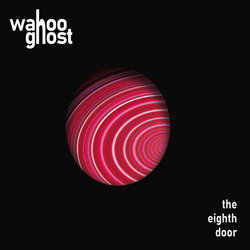 
Painted Stars is loosely based on the Fritzl child abuse case in Austria. In this fictionalised version, the girl paints stars on the ceiling of her locked room to give her a sense of freedom. Reportedly, she was locked behind eight bolted doors, hence the album title The Eight Door, taken from this song. The music features reversed psychedelic guitar.

Other tracks by Wahoo Ghost: She Wolf  -  Carnivore
%