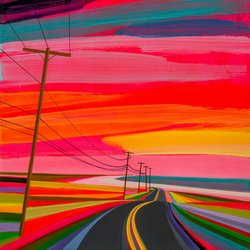 Wagons stay atop their own tidal wave of hard-hitting, outlaw inspired, swamp rock madness, still pulsing and stomping together as a joint force, with singer Henry Wagons at the helm. Henry’s fierce intellect, once hurtling toward a career as a philosopher, was thankfully derailed by a record deal, a thirst for whisky, and an insatiable need to make noise, as made evident by their music and lyrics.

Producing six albums together, the band have garnered an increasing list of awards and achievements including ‘Album of the Week’ on RRR, PBS, RTR, 2SER, Edge radio, The Age / EG ‘Best Band’ & ‘Album of the Year’, Rhythms Magazine ‘Album Of Year’, AIR ‘Country Album of the Year’, plus Melbourne Magazine naming Henry Wagons in their ‘Top 100 Most Influential People’.

The group have been regularly compared to the cheekiest and most mischievous of musical outlaws, from Johnny Cash to Nick Cave and have circled the globe testing the fortitude of some of the biggest stages at Bonnaroo, Bluesfest, Interstellar Rodeo, Laneway, Bumbershoot, Big Day Out, Out On The Weekend, Queenscliff, Ottawa Blues, as well as SXSW and Americana showcases.


“Keep on Coming Back” is a collection of recurring memories, ear-worms, strange habits, and scars; the way things can hover in space and time and how a single experience or place can prompt an old memory and inspire the future all at once.