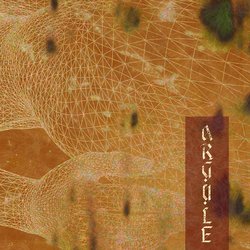 Solitaire is real proud to announce the first single 'Sweetwater Creek' from Wabz's forthcoming debut album Argyle, due out July 2015.

Having spent a number of years travelling around Australia - working in mines, remote airports and in warehouses – he has developed his sound around the nomadic lifestyle he’s previously lead.

'Sweetwater Creek' is a mix of delicate, dreamy soundscapes and uptempo beats which pay homage to earlier UK garage and 2-step production. The track chops up and strings together vocal samples that seemingly would never work together, but somehow create evolving hooks and melodies.

Since commencing the project in 2011, he’s been a prolific (albeit somewhat concealed) operator in the Melbourne electronic scene. With an EP and numerous one-offs already to his name, he’s putting the finishing touches his debut album, with Argyle due out in the coming months. An expansive selection of profound electronic arrangement, Wabz allows the listener to drift away into his world of creation.


'Alley' is kind of like what would've happened if Four Tet had been really into UK Garage around the time he released Pause or Rounds.

Other tracks by Wabz: Sweetwater Creek  -  Confide In Me
%