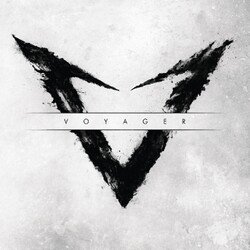 Perth progressive metal quintet VOYAGER are one of Australia's biggest exports. Their exciting new album 'V' has thrust them into the prog rock spotlight worldwide.

With 4 albums under thei belt and shows throughout the US, Europe and Asia with the likes of Devin Townsend, Children of Bodom, Soilwork, Nightwish, Epic and Orphaned Land, the 5-piece has established an impressive international reputation.

Their trademark red keytar, a feisty female guitarist and concerts described as 'amazing chemistry blending pop with heavy, technical and progressive riffs' make Voyager a live force to be reckoned with.

Their fifth album 'V' has propelled the band to greater heights - led by Daniel Estrin's honeyed Simon LeBon-esque vocals, the band have been nominated for 'Best Breakthrough Act' at the Prog Awards (alongside Karnivool & Messenger) as well as earning tours with Dead Letter Circus, sleepmakeswaves, Protest The Hero and headline spots at ProgPower USA, ProgPower Europe and Euroblast.

The new record combines djent, pop, power metal, prog rock and more into a cohesive and polished whole. With a new look and anew album, this is the right time to say 'I Am Voyager.'


'Breaking Down' is the second feature track from Voyager's stunning new album 'V.'

With a fast-paced and driving verse building into a stellar, epic and memorable chorus, the track showcases all that is great about this exciting prog rock band.

For fans of Iron Maiden, Devin Townsend, Protest The Hero

Other tracks by Voyager: Breaking Down