Visions of a Nomad - Mirabooka 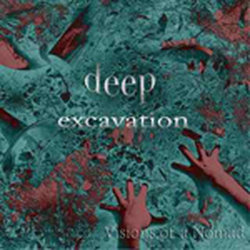 Visions of a Nomad from Australia plays an eclectic mix of World jazz Fusion and Classically influenced Music.

The group's highly original repertoire is both, evocative and energetic and heavily accompanied by the didgeridoo and works in collaboration with Aboriginal singer Shannon Ruska.
Visions of a Nomad likes to make music with " substance", a cohesion of ART and MUSIC accessable to the masses, covering all genres and drawing on all of the world's musical influences.

Internationally acclaimed, this group has received rave reviews on their tour's around the globe!
From theatres, concert halls, festivals and the club scene, they have a repertoire to suit every occasion.
These Aussie Nomads like to cross musical boundaries and they never fail to experiment, this is not your average "band".


Mirabooka or the formation of the southern cross, sang in traditional Aboriginal language . The haunting and powerful voice of Shannon Ruska in collaboration with eclectic fusion ensemble Visions of a Nomad makes for an unusual overtone of jazz mixed with Classical influences, Indigenous chants and rhythms

Other tracks by Visions of a Nomad: Zindzi  -  Return