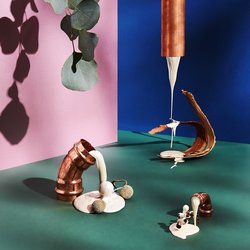 Vic Park is the new recording and touring project of Melbourne songwriter Jack Poulson. Over the second half of 2018, Jack has slowly been working on Vic Park by playing low key shows across Melbourne, with plans to ramp it up after the release of his first single ‘Don’t Let Me Fall.’

Poulson has previously released two EPs and one LP under the moniker JP Klipspringer, and became a local favourite among Melbourne’s live music scene after performing dozens of full-band and solo shows since 2014. Singles ‘I Blame Carl Weathers’, ‘Bury Me’ and ‘Watch the River’ enjoyed airplay on Triple J as well as community radio stations across the country which showcase the Jack’s ability to craft catchy and arresting guitar based pop.

‘Don’t Let Me Fall’ is the bittersweet first offering of this new project, with more singles and a full-length album to follow in 2019.