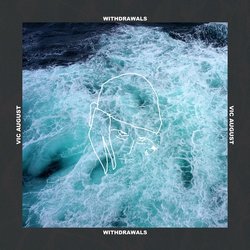 After recording his very first single at the age of 14, Vic continued to hone his craft and build a dedicated international fan base on SoundCloud, dropping a mass of singles and projects to a consistently ascending reception.

The young Northern Territory-based artist took the next big step in his career at the beginning of 2018, participating in the ‘WVS Next Gen 2018 Showcase’ before being featured in the likes of Complex AU, Purple Sneakers and Triple J’s ‘2018 Unearthed High Yearbook’ following the release of his ‘Glass House 2’ mixtape.

After ‘Glass House 2’ debuted at number 8 on the Australian iTunes Hip-Hop charts, Vic’s follow-up single ‘Bandit’ earned him the cover of Spotify’s ‘Mellow Styles’ playlist, alongside appearing on their ‘A1 Hip-Hop,’ ‘New Music Friday’ and ‘R&B Feels’ playlists.

The eccentric teenager is not looking to take his foot off the gas anytime soon, gearing up to release a mass of amazing new music as a part of the growing WVS roster.

On the songs meaning, August says “when someone says they’re going through withdrawals, they’re usually talking about relapsing from a bad habit or drug, I took that perspective and flipped it into referencing a fresh departure.”