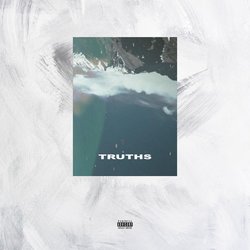 At just 17-years-of-age, West Australian rapper, singer, and songwriter Vic August has taken Australia by storm with his unique, ice-cold auto-tuned delivery and charismatic charm. After recording his very first single at the age of 14, Vic continued to hone his craft and build a dedicated international fan base on SoundCloud, dropping a mass of singles and projects to a consistently ascending reception.

The young Victoria-based artist took the next big step in his career at the beginning of 2018, participating in the ‘WVS Next Gen 2018 Showcase’ before being featured in the likes of Complex AU, Purple Sneakers and Triple J’s ‘2018 Unearthed High Yearbook’ following the release of his ‘Glass House 2’ mixtape. After ‘Glass House 2’ debuted at number 8 on the Australian iTunes Hip-Hop chart, Vic’s follow-up single ‘Bandit’ earned him the cover of Spotify’s ‘Mellow Styles’ playlist, alongside appearing on their ‘A1 Hip Hop’, ‘New Music Friday’ and ‘R&B Feels’ playlists.

The eccentric teenager is not looking to take his foot off the gas anytime soon, gearing up to release a mass of new music, starting off with an EP set to release on the 15th of February, 2019.

Other tracks by Vic August: F.I.Y featuring HFNR  -  Come Thru
%