Vesper Green - What Will I Wear 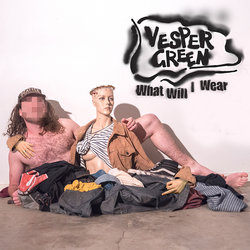 “I think it’s fair to say you’ve brought back Seattle grunge in a big way with this particular track.“ (Jane Gazzo, Triple M)

“Vesper Green know how to rip a stage in two.” (Happy Mag)

“The song packs plenty of heat in both lyrical symbolism and musical undertones.” (Scenestr)

This Brisbane-based alt-rock/ grunge 4-piece, Vesper Green, have just wrapped up their first East-coast tour – playing shows in Sydney, Melbourne and Brisbane – and to celebrate they are dropping their first follow up single since their debut, ‘What Will I Wear’.

Vesper Green’s debut single, ‘Innocent Illiterate’, was raw, fast and packed with that grunge-rock attitude and had them often compared to that of the 90’s Seattle Grunge era.

For this new single, they’ve notched back the unsparingly raucous nature and tempo of ‘Innocently Illiterate’ – just slightly – and are making greater use of dynamics that breaks the song up with chilled, drum and bass-driven verses that allow for the explosive, fiery chorus’.

Although they’ve just finished their first East-coast tour, Vesper Green, show no signs of slowing down with this new single and intend on keeping up this momentum that is building around their brand of rock.


‘What Will I Wear’ show the band blending their influences between the 90’s rock of Alice in Chains and Pearl Jam, to sounds of 2000’s from Seether, but it all amalgamates to something new, exciting but reminiscently familiar. Setting the tone for this brash number, the opening lyrics are, “What will I wear, when Jesus comes to take my mugshot?”