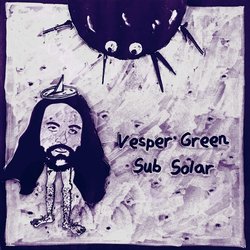 “I think it’s fair to say you’ve brought back Seattle grunge in a big way with this particular track.“ (Jane Gazzo, Triple M)

“Vesper Green know how to rip a stage in two.” (Happy Mag)

“The song packs plenty of heat in both lyrical symbolism and musical undertones.” (Scenestr)

With another punch to the face, ’Sub Solar’ is just the third single release from this Brisbane-based 4-piece.

At the end of 2017, Vesper Green debuted with their single ‘Innocent Illiterate’, followed up by their heated track, ‘What Will I Wear’ in mid-2018.

Now, Vesper Green once again are coming out with waves of attitude with this new single.

The band are launching their new single immediately on the 13th of April at Brisbane’s The Zoo alongside the Semantics and Concrete Palms.

There is plenty more to come from Vesper Green in 2019 as they prepare for their debut EP - stay tuned for more unconstrained grunge-rock.


’Sub Solar’ is an eclectic catharsis of purging rock that lyrically and instrumentally alludes to the fact that time slips through the hands. Upon the realisation that life is passing by quickly, there’s an anxious panic and rush to pick up the pieces to make up for all of the wasted time.