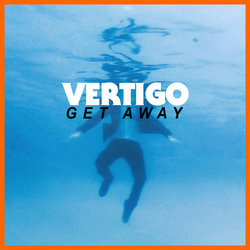 Influenced by the likes of The Black Keys, Rodriguez and The Jam, to name a few, inspiration has come from many unconventional combinations of genres, forging Vertigo’s resolved and unique sound.

In the early stages, the band’s sound developed through gigging at any possible opportunity. Playing living rooms, backyards and small Brisbane Fortitude Valley stages, progressively growing crowds have come to enjoy the band’s raw love of playing music together and entertaining people of varying musical tastes.

Whilst continuing to write music on almost a weekly basis, Vertigo’s music first properly came to life under the guidance of Yanto Browning whilst recording at Airlock Studios, with the song ‘Get Away’ planning to be released as the band’s first single in early 2017.

Vertigo aspires to play to a growing audience and continue to write and record music into the future.


‘Get Away,’ the debut single for Brisbane band Vertigo, is a lively song driven by a dynamic bass line, sharp stabbing guitar riffs, powerful drums and an intense vocal line. The multiple layers of guitar instrumentation create a sound that is both punchy and atmospheric.