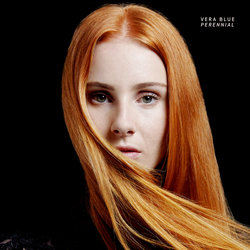 2017 has been a massive year for Vera Blue with two huge sold-out national Australian tours, a monumental performance at Splendour In The Grass, headline shows just announced for the US & UK, including support shows for rising star Jacob Banks and international label deals with Capitol and Virgin EMI.

Her debut album Perennial debuted #6 ARIA, was triple j Feature Album and received glowing 4-5 star reviews. The combined streams for both this album and her first EP Fingertips have now racked up over 50 million streams worldwide.

‘Regular Touch’ was penned with longtime collaborators Andy and Thom Mak (Boy and Bear, Winterbourne, Silverchair) and Gossling and is the next step in the powerful and personal journey for Vera Blue.

The track has been a favourite since release, with triple j describing the track as “Flume-y” and Project U assuring “IT. IS. A. BOP.”


"Regular Touch was written in the very early stages of Perennial at a time in my life where I wanted to feel contentment on my own. I had this vision of myself feeling free from the chains of heartbreak and needing someone, anyone to feel complete and of purpose."-Vera Blue.