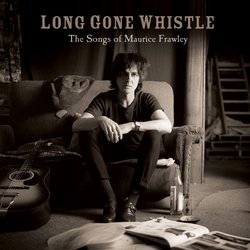 Great songs live forever. Whether you write 'em, sing 'em, or just love the stories they tell and the way they make you feel, make no mistake — the great ones will survive the blessed lot of us.

Maurice Frawley left scores behind when he departed this world, after a short fight with cancer, in May 2009. To some folks — Paul Kelly, Charlie Owen, Tex Perkins, Tim Rogers, Mick Thomas and Don Walker for instance — plenty were already classics.

For the rest of us, Long Gone Whistle is a gift we never heard coming, in which the songs of Maurice Frawley have been re-released and also covered in a moving tribute to a great Australian songwriter.


Long Gone Whistle is the sound of it, hanging in the air forever.

Other tracks by Various Artists: When I Lay Down With You - Paul Kelly and the Large Number 12s
%