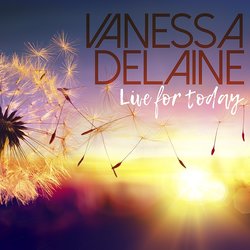 Born in New Zealand, to Australian parents, Vanessa moved to Sydney when she was 16 years old. Vanessa has also lived in Melbourne before settling in Wodonga VIC for the last five years and has become a legal Aussie in recent times.
Mostly self-taught on guitar, piano, violin and vocals, Vanessa had some lessons during high school where she also enjoyed being part of the choir and every school musical throughout her schooling life. By the age of 16 Vanessa was singing in pubs and was part of a small regional NSW tour with her dad. A car accident resulting in a back injury at 24 briefly stalled her music career but with music as her motivation Vanessa was in the recording studio nine months later recording her debut EP “One Girl Band”.
Vanessa has completed a ‘Certificate Of Contemporary Music Performance’ which covered performing and writing songs in Country, Blues, Roots, Folk and Funk genres. 2015 saw Vanessa release “Runaway” her first album. A number of album tracks were winners at the 2017 Akademia Music Awards - Best Country Song - 'Runaway', Best Country/Blues Song - 'Long Gone' and Best Blues Song - 'Moon Blues'.


Produced by Michael Carpenter of Sydney's Love Hz Studio, Vanessa wrote this track in an effort to cheer herself up. The track explores the freedom we all crave to be ourselves in a society that judges us on our beauty, age, race, sexuality and gender.

Other tracks by Vanessa Delaine: Feels So Good