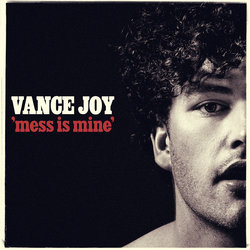 ‘Georgia’ is taken from Vance Joy’s debut album Dream Your Life Away, which was released in September (with a #1 debut locally, #2 in Canada, #17 in the US and #20 in the UK). The album has seen Vance Joy traversing the Northern Hemisphere for the past two months. His recent UK and European tour dates, which included two shows in London, all sold out, and his current North American dates are in good stead to do the same, with many shows upgraded to meet demand.

Closer to home, Vance Joy has his own local headline dates looming, of which his Melbourne and Perth shows have now sold out. Before these shows, he’ll be performing at the Falls Festivals in Byron Bay, Lorne and Marion Bay over the New Year period and triple J’s huge Beat The Drum Concert on January 16.


‘Georgia’, one of singer/songwriter's personal favorites. Written on January 1 this year, right in the throes of ‘Riptide’ fever. "Hemingway says "I have written well, I will write well again". The well doesn't dry up. Before Georgia, I wasn't feeling particularly inspired, then that song came out of nowhere.

Other tracks by Vance Joy: Mess Is Mine  -  First Time
%