Us The Band - Fallout 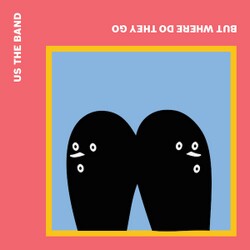 Formed out of a discarded track from their other band, Nick and Jesse tried to salvage something that could work as a two piece. It did. They then decided to keep going and see if they could write a few more songs. They did. They recorded a handful of tracks with Owen Penglis (Straight Arrows) in his Goliath Studios, and learned how to play a live show supporting Alex Cameron. All this lead to some recognition from Fat Cat Records over in the UK, who featured their single/demo 'Fallout'. Following that, NME jumped onboard writing about Us The Band's 'infernally jacked up racket' in their new music section. What the live shows lack in duration they make up for in energy, aggressiveness, and result in the complete and utter exhaustion of crowd and band.

They impressed all the important people at BIGSOUND, have had Henry Rollins spinning their track 'Fallout' on KCRW, which also featured on our Rice Is Nice Mixtape Vol. 3 and we are all looking forward to hear the bands debut EP 'But Where Do They Go' which is set for release early 2016 through Rice Is Nice.


‘Fallout’ goes hard and it goes fast, with searing, serrated guitars and vocals chopping through your defences until you’re in the palm of their hands - nothing but a punk puppet.