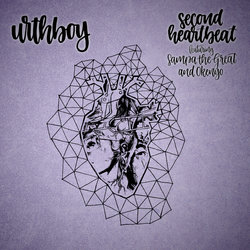 Urthboy (Tim Levinson) is an award-winning hip hop artist from Sydney, Australia, on the verge of dropping his fifth studio album. Originally part of 'The Herd', Urthboy was an integral part of the beginning and development of Australian Independent Record Label, Elefant Traks.

Urthboy's 'Make Me a Mixtape' in 2014 was also hugely successful, a concept show that swapped between story telling and music and premiered at the Brisbane Festival. Guests included Patience Hodgson (The Grates), Thelma Plum, Sam Cromack (Ball Park Music), Ella Hooper and many more.

After a break and the birth of his daughter, Urthboy is almost ready to unleash his fifth solo album.


Second Heartbeat featuring Sampa The Great and Okenyo is Urthboy's follow-up single to 'Long Loud Hours', and it's an autobiographical charmer, delivered with the warm charisma of summer. There's something so easy and undeniably bright about this song.