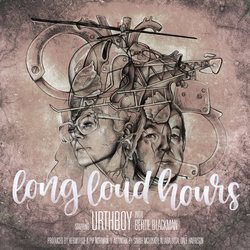 Urthboy’s first solo album Distant Sense of Random Menace was released in 2004, but it was 2007’s The Signal that kicked things up a notch. The first single ‘We Get Around’ cracked the top 25 in triple j’s Hottest 100 while ‘The Signal’ was hailed as “a classic” by Rolling Stone. It received two AIR Award nominations; a j Award nomination, and was shortlisted for the Australian Music Prize (AMP) before being licensed internationally through Motivo Records (among a select few hip hop records from Australia licensed overseas).

In 2009 Urthboy released his third solo album, Spitshine, to great acclaim and two hugely successful tours (2009 and 2010) playing to 20,000+ people. Urthboy was again shortlisted for the AMP, won Best Hip Hop album at the AIR Awards and received an ARIA nomination.

Smokey’s Haunt was also nominated for a j award for Australian Album of The Year and Rolling Stone Awards for Best Independent Release and Album of the Year. In early 2013 it was nominated for the Australian Music Prize (AMP).

Surprised many when asked to be the main support on Paul Kelly’s extensive Spring & Fall Tour.

His forthcoming fifth studio album is due out February 2016.


Urthboy delivers his first single in three years.‘Long Loud Hours’ is a true story and one for the ages: perhaps the wildest, most reckless gesture of love in modern Australian history. Featuring Bertie Blackman and produced by Hermitude and Pip Norman.