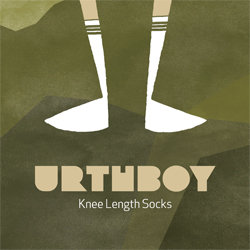 Tim Levinson (a.k.a. Urthboy) is a Hip-Hop MC and producer from Sydney, Australia. He is widely known for his successful musical career under the moniker Urthboy, and as a founding member of the hip-hop group The Herd. Levinson has released three solo albums as Urthboy: Distant Sense Of Random Menace (2004), The Signal (2007) and Spitshine (2009); as well as 6 albums with The Herd. He is also a co-founder of the successful Australian hip-hop record label, Elefant Traks.


Those moments of being young, full of energy and experiencing the dance floor completely different to everyone around you. Knee Length Socks is Urthboy's second single from his upcoming album, Smokey's Haunt.

Other tracks by Urthboy: The Big Sleep Feat. Alex Burnett
%