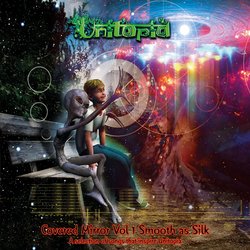 Unitopia are one of Australia's biggest progressive rock exports. Renowned for their melodic, classic fusion of rock, world music and contemporary sounds across Europe, they are icons amongst the underground.

Formed in the 1990s by ex-major label exec Mark Trueack and songwriting partner Sean Timms, they have forged a formidable fan base across the world on the strength of a series of well received albums exploring contemporary progressive rock.

Melding influences as diverse as The Flower Kings, Pink Floyd, Genesis, Yes, Sting and Supertramp, they were signed to InsideOut Music for the release of their opus 'The Garden' and since then have toured Europe and Australia to adoring audiences.

With a prolific recording history and a passionate audience with an appetite for more, their latest releases have shown the band's versatility across a myriad of styles - 'One Night In Europe' showcasing their original material at a packed house in the Netherlands during their successful 2011 tour, whilst 'Covered Mirror' pays tribute to their influences across a massive deluxe edition release.

Unitopia are gearing up for their next album of original material in 2013, along with extensive worldwide touring and (hopefully) a rare series of shows in their home country.


Unitopia apply their considerable musicianship to this medley of Yes, the genre-defining progressive rock band whose career has stretched from the 1960s to the present.

Unitopia show great care in arranging and crafting a beautiful ode to the original Yes catalogue they peruse here, whilst exhibiting their own extraordinary expertise.