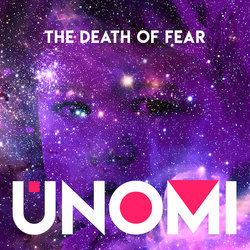 To those in the know, a solo project from Sash Mishevski - long-time frontman of Sydney eclectic prog-pop outfit Slumberhaze - has long been inevitable. A holistic visionary, he’s notoriously prolific, having struck acclaim and success with his previous outfit, but also has over a thousand songs written and awaiting their commitment to record. The sheer depth of the sounds and songs of this self-created music catalogue has inspired Mishevski to begin that project - enter UNOMI.

He explains: “The song, initially named ‘The Fear Of Death’, talked about exactly that. My struggle with anxiety and hypochondria came to an end, incidentally, when my daughter was born, simultaneously when I finished writing the song - hence the slight title reversal to ‘The Death Of Fear’. The way I felt at the end of writing it in comparison to when I first started writing it, was polar opposite. So I couldn't keep that fickle title. ‘The Death Of Fear’ is about strength now.”

Joining forces with Lachlan Mitchell (The Jezabels, The Vines, The Whitlams) for the final product, the song's evolution is a story begging to be told.


‘The Death of Fear’ is the first single to emerge and, while you might listen and marvel at its assurance and blatant cleverness, the song was no walk in the park for the sophisticated songwriter. It’s an electronic mini-masterpiece that channels the greats and features hefty lyrics of mortality.