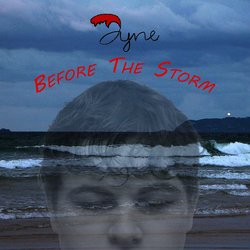 Tyne is an entertainer, singer, songwriter and leading edge guitarist. He writes and performs his own original material, recently releasing his Debut EP “Before The Storm” at the Karragarra Sea Market Festival. Capable of playing acoustic, electric and bass guitar, he is also a competent Drummer/Percussionist, with keyboard skills to boot. Tyne performs with a confident approach to entertainment, looping guitar tracks, using his guitar as a drum kit, playing wicked guitar solos and non looped self contained instrumental pieces. He has had the pleasure of performing alongside artists such as: Angela Toohey, Out of Abingdon, Dean Haitani, the Redland Country Music Group, and many more. His virtuoso guitar skills are some of the best around, drawing inspiration from the finest of players such as Tommy Emmanuel, Jerry Reed, Guthrie Govan. Tynes vocals are smooth and toneful, yet powerful when they need to be. He has won multiple awards in performing arts, and most recently the Bay Islands Got Talents’ “Peoples’ Choice” award. All this leaves Tyne as a truly unique performer, with epic audience interaction and participation, where appropriate leaving the stage to join the crowd in dance, while playing guitar solos.


Call Home, the second track written for the EP, inspired by the life of a musician on the road, never forgetting the people and places he loves.

Other tracks by Tyne: No Goodbyes  -  Mystique
%