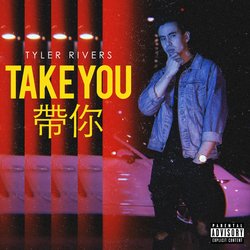 Tyler Rivers is an Australian singer, songwriter and producer, who has been making music since his early years. Moving on from his high school pop-punk band, Tyler soon found his love for urban music. Starting out by practicing recreating covers with his own style, he then began releasing his own tracks in 2017. More recently, his professional career got a boost when he became the only supporting act for the August Alsina - Don't Matter Tour.


Tyler Rivers music damn near flawless – with slick production and effortless vocal delivery, it’ll glide over your body like a gust of fresh air.

With his beat-driven production and emotive vocal performance, Take You feels simultaneously bright and melancholic – like a late night stroll through a neon coloured city.