Twofold Vision - Ballad For A Dreamer 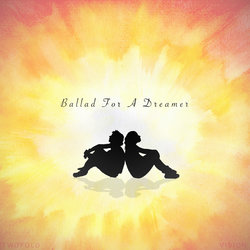 Twofold Vision is an electronic duo based in Melbourne, Australia, combining both male and female vocals with EDM elements into catchy and danceable songs. Formed in early 2017 by fellow musicians Alicia Richards and Matt Tinkler, the duo released their debut single ‘Tell Me’ in January of that same year. Soon after that, they released their debut EP titled ‘Perspectives’ on March 31st 2017. After a dormant few months, Twofold Vision return with a new single, ‘Ballad For A Dreamer’, in November 2017.


A warm, summery track with strong and meaningful lyrics about chasing your dreams.