Two People - Something To Talk About 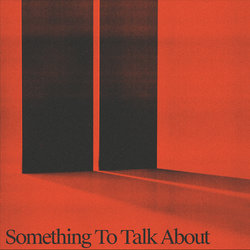 Still buzzing from their debut live performance at Splendour in the Grass last month, Two People now share an alluring new single ‘Something To Talk About’.

Over the past two years, they’ve worked diligently to write, record and self-produce their LP at their studio and respective homes.

The duo’s new music has been steadily winning hearts around the globe, with ‘I’m Tied, To You’ spun on BBC Radio 1 and Radio 6, and added locally to triple j and FBi Radio. It also featured on a range of Apple Music and Spotify playlists, including New Indie Mix, which reaches 850,000 followers. Fans may also remember earlier offerings from the duo, including ‘Fading’ and ‘If We Have Time’, which have since collected over 4 million plays across streaming platforms.

Two People’s next live shows will take place at BIGSOUND in Brisbane this September. Live, Two People expand to a three-piece. Their sets are immersive experiences that exaggerate every sound, movement and feeling from their recordings.


‘Something To Talk About’ aptly follows on from ‘I’m Tied, To You’, which was revealed as the first track from the duo’s debut LP. Like ‘I’m Tied, To You’, the track was mixed by revered Scottish producer Rodaidh McDonald, who has also finessed records from The xx, Sampha, Adele and King Krule.