Two People - In The Garden 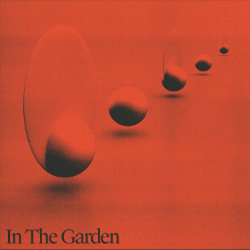 Two People are elated to reveal their forthcoming debut offering First Body is fully formed and will be released on Friday 18 January. Today, the Melbourne duo share another cut ‘In The Garden’ and also announce their signing to Terrible Records – the Brooklyn-based label behind Solange, Moses Sumney, Empress Of, and Blood Orange.
Two People are currently on a double headline tour with LUCIANBLOMKAMP, with the opening show taking place at Melbourne’s Howler last weekend. Cloaked in red light and smoke, the Two People live show is quickly becoming an illustrious aspect of the project. Two People played live for the first time at Splendour In The Grass 2018 before performing one of the most talked about showcases at BIGSOUND – where they were spotted by Terrible Records and quickly signed to for North America.


Positioned as the second of nine tracks, it has one of the grittiest grooves on the album. Phoebe Lou’s voice sounds defiant as she details a relationship in which she was starved for space. “It’s about gaining my power back for the first time and the clumsiness in that”, she says.