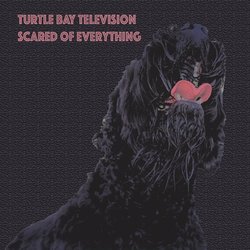 
This track focuses on the anxiety around enjoying art that is morally compromised. In writing it, I felt that the lyrics alone communicated very clearly what I wanted to say so felt quite free to experiment with instrumentation. As such, it is one of the more sonically diverse songs on the release, from Beck inspired folk to black metal drones.

Other tracks by Turtle Bay Television: Martyrs  -  I Don't Need the Devil to Hate Myself
%